The Association was founded in 1959. Its first President was Dr. Erik Molnár, academician, and its secretary general was Dr. Endre Galla, a professor at the Chinese Department of the Faculty of Arts of Eötvös Loránd University in Budapest. The activities of the Association were reorganized in the summer of 1988, when Dr. Barna Tál was elected President. The initiators mostly came from the circles of professionals, scholars, diplomats, and journalists who had previously visited China, and thus were able to get to know Chinese culture and the Chinese people directly.

Since 2014, the president of the Association is Klára Zombory, a Sinologist, literary translator and cultural manager. During the leadership renewal general meeting held on 15 October, 2021, President Klára Zombory, Vice Presidents Éva Ipolyi, Éva Judit Nagy and Alexandra Zoltai were appointed for another three years of service. The General Meeting elected Richard Mohr as Vice Chairman and Katalin Borosnyay-Miklós as Secretary General. 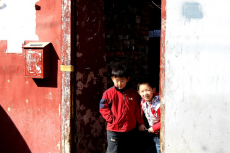