The book entitled „Japanese, Chinese and Korean Business Culture” was presented by the authors at the Faculty of Economics at the University of Szeged 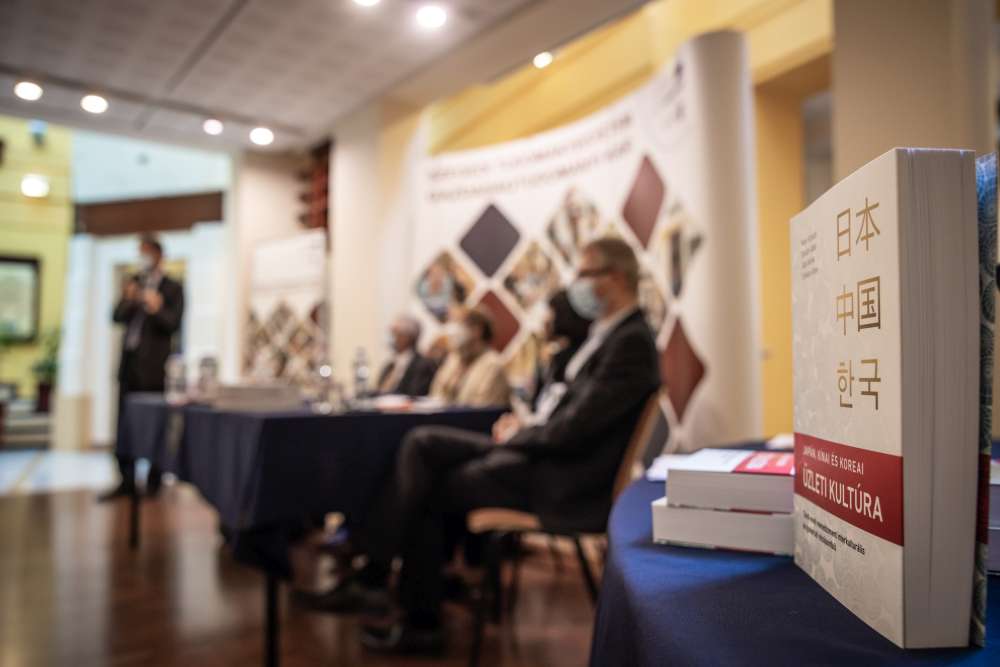 . The book entitled “Japanese, Chinese, and Korean Business Culture,” was personally introduced to the public by the four authors. The moderator of this event was Dr. Ábel Garamhegyi, one of the professors of SZTE GTK.

It has already become a tradition for the Faculty to hold a book presentation in order to present newly published, and useful guidebooks. After Dr. Zoltán Majó opened the event and greeted the guests present, Dr. Ábel Garamhegyi, as the moderator of the event, asked several questions from the authors. A four-year-old course called Far Eastern Intercultural Management, which introduces business culture to all these three regions, brought about the creation of this masterpiece. This book, which introduces business culture in more detail, is definitely useful and a good asset for those who are interested in the regions of the Far East.

All the authors, including Anna Székács (attended primary school in Japan, started teaching Japanese on her return to Hungary), Sato Noriko (visited Hungary with a scholarship, then worked as a professional translator and interpreter), Gábor Osváth (visited Korea with a scholarship), and Richárd Mohr (director of the Confucius Institute at SZTE, lived in China for several years) were welcomed at the main building of SZTE GTK.

The book serves as a good guide to adapt to the business culture of a given area and thereby successfully implement a business, learning about the standards of behavior that were expected in a business situation, supported by a number of examples. Thanks to the book presentation, we learned, among other things, that Japanese businessmen do not tolerate a furious manifestation on behalf of the other party, however, they are very open-minded and they expect the same from the opposite party. The moderator also asked about the form of business in North- and South Korea since there is a huge difference between the two. According to Gábor Osváth, in terms of business culture, it is easier to establish a partnership with South Koreans. It is especially true for all of the three areas that having a good personal relationship is very important when doing business, the presence of a common acquaintance is a huge help, and the primary goal is to gain the other party's trust and prove our reliability.

Sato Noriko said that Japanese organizations are characterized by a familiar atmosphere as the leader is seen as the head of the family who is expected to take care of employees. Thanks to this perception, a close relationship and a harmonious relationship develops between the employees, which is reflected in the efficiency of work. Furthermore, meeting a particular business partner is seen as an unrepeatable occasion, thereby conducting a meeting with maximum care.

As the manuscript of the book ended before the epidemic, the moderator was also curious about how and in what way the pandemic changed these areas. On the one hand, we learned that Japanese organizations were increasingly considering continuing to work from home due to the virus, as it is common for people to work very far away from home, as well as for the elimination of concentrated business centers in Tokyo. In the case of China and South Korea, mandatory mask wearing is still not a problem, as they represent the idea that this will preserve each other’s health, and this collective culture is common to everyone’s lives.

At the book presentation, participants had the opportunity to ask the authors and could purchase the book at the end of the presentation. Throughout the event, the organizers paid special attention to the regulations related to the epidemic situation, and those interested could attend the event with a mask, keeping a mandatory distance.

Source: website of the Faculty of Economics at the University of Szeged 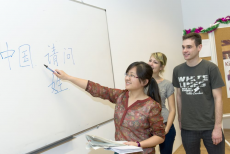 CI HIGHLIGHTS
„Chinese Talent Show” for High School and College Students
Confucius Tea House: The story of a celloist, an East-Asian analyst and a hamster playing on a cello
The book entitled „Japanese, Chinese and Korean Business Culture” was presented by the authors at the Faculty of Economics at the University of Szeged
Archives