Professor Kong Lingguang is the 73. descendant of the family of Confucius. He was born in China’s Henan province and is a Singaporean citizen. The Professor has won numerous titles and awards, both in China and in Singapore. Professor Kong teaches calligraphy in Singapore and works as a professional calligrapher.
Print article
Send link
Share
June 14, 2016 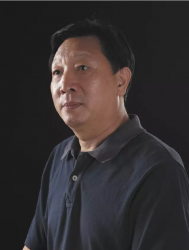 He is also member of the China Calligraphy Association, calligrapher of Singaporean the Xin Sheng Association, executive director of the Nanjang Painting and Calligraphy Association. He was deeply influenced by the Central Plains (Zhongyuan): the culture of the place is inherited to the future generation through his works. The Professor’s works have been exhibited by more than 10 museums both in China and in Singapore. His latest exhibition took place in September 2015, in Xuchang Museum, China. In the same month, the ’Kong Lingguang Calligraphy Forum’ was also organised in Zhengzhou. Kong Lingguang has created numerous works regarding calligraphy as well as in poetry. What is more, he has organised several calligraphy and art exhibitions, competitions. His academic dissertations have been published in several papers and magazines.

During his lecture, Professor Kong is going to introduce the characteristics and special features of calligraphy through his own works. The following morning, the Professor is going to teach calligraphy for those interested between 10 and 11.30 am.

Everyone is warmly welcomed!